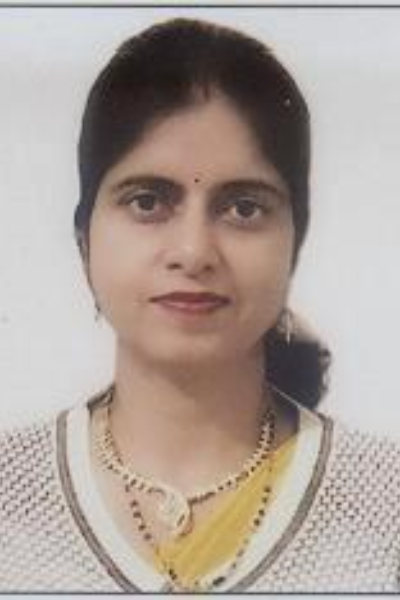 PRESENTLY WORKING ON FAMILY / TRIBE / GENUS OR FLORA OF (AREA) : Microalgae of Lakes of AJCBIBG, Howrah.

Study of Microalgae and monitoring of the Water Quality of Lakes of AJCBIBG, Howrah (Newly assigned project in July, 2019).

1.    Study of Microalgae and monitoring of the water Quality of Leram Lake of AJCBIBG, Howrah (2017 - 19) :  Altogether 132 species have been recorded. Within this project 02 new record from India. Physico-chemical parameters of water of Leram Lake after installation of Grander Units, slightly improved the quality of the water and also indicates the alteration in micro-algal species accordingly quantitatively and qualitatively.

4.    Algae of India: A Checklist of Dinophyceae (Dinoflagellates) : This checklist contains description of altogether 11 Order, 31 Families, 55 Genera and 294 species (including 05 variety and 04 forms), 192 new species have been incorporated after 1968 and updated since 1900. Some of the species are toxic and causing Harmful Algal Bloom (HAB) and released toxins.

5.    Microalgae recorded from on and around Lodoicea maldivica (J.E.Gmel.) Pres. (Double Coconut) in AJCBIBG, Howrah : Altogether 47 microalgae were recorded from Lodoicea maldivica (J.E.Gmel.) Pres., soil and pebbles / boulders / stones around the tree. Four species (including one variety) recorded as new to the science of India and reported in Plant Discovery as new record from India.

6.    Checklist of Cyanoprokaryotes (Cyanophyceae) of India : The checklist includes description of 05 Order and 18 Families, 90 Genera and 1,232 species (comprising 939 species, 207 variety & 86 forms) among which 01 Family, 05 Genera and 340 species were incorporated as new record from India.

7.    Taxonomic Studies of Cyanophyceae of India: I st Phase - Maldah District, West Bengal : During survey samples were sampled from 55 different water bodies of this area comprising 05 sites in river, 32 bils, 07 dighis, 02 Jheels 09 ponds. In totality 105 species of Cyanoprokaryotes were recorded in which 27 species new records from West Bengal.

9.    Semliki Forest Virus as a biological model for evaluating the modulation of the immune status of the host under the toxic stress of xenobiotics :

During this project studied the immune status of the host to evaluate the ability of immuno-modulators to prevent / restore the damage and attempts were made to develop an accurate and rapid screening model for evaluation of the immuno-modulatory potential of xenobiotics. Pb and Cd were found immuno-inhibitor and increases host susceptibility to numerous infective agents. Pyridostigmine bromide (PB) as immunopotentiator and also used in the treatment of Myasthenia gravis and may be used following surgery in the reversal of neuromuscular blockade.

11. Biological Studies of Ganga Ecosystem between Kannauj and Shuklaganj : Taxonomic study of algae and facts on algal infestation in nature, water and sand cultures of Ganga river were studied. Altogether 463 taxa were reported. The response of certain algae to major pollutants (calcium chloride, lead acetate, zinc sulphate, nickel acetate and cobalt acetate) is yet another aspect of considerable significance. Observations suggest that pollutants may not be always growth retarding or promoting but their response is varied.

37.GUPTA, PRATIBHA 2019. Algae of India: A Checklist of Dinophyceae (Dinoflagellates) (in Publication Section).

40. GUPTA, PRATIBHA A Journey to Antarctica (Prepared for Publication).

89. GUPTA, P. 2014. Study of Algal Diversity in Polar Environment of Larsemann Hills, Antarctica. In : Expert Meet and Conference on “Climate Change and Environmental sustainability: Records from Poles to Tropics” from 9th to 10th Sep., 2014 at University of Lucknow, Lucknow 62 p.

95. KUMAR, SHEO AND P. GUPTA 2012. Impact of Changing Climate on Cyanoprokaryotes. XXXV All India Conference of the Indian Botanical Society organised on theme „Role of Plants and Microbes for the Betterment of Mankind in the Changing Climate‟. Maharaja Sayajirao University of Baroda, Vadodara, S - 6: O - 17, pp.06.

96. GUPTA, P. 2012. Cyanoprokaryotes of Maldah District: Properties and its Behavior in Environment. 36th Annual Conference of ESI and National Symposium on Live organisms and their expressions in the environment‟ Centre for Advance Study, University of Calcutta, Kolkata & Ethological Society of India, 26th - 28th Nov., 2012, O - 23, pp. 43.

100. GUPTA, PRATIBHA AND SHEO KUMAR 2007. Occurrence of Euryale ferox Salisbury and its Effect on Ecology of Water Bodies of Maldah District, W.B. Proceedings of The Ninety-four Session of The Indian Science Congress, Annamalainagar, Chidambaram. II: 18.

109. TIWARI, M. K. AND P. GUPTA 2003. Study of Pathogenicity of Mycobacterium lucknowense on Rana tigierina and confirmation of Koch‟s postulate. Proceedings of the Ninetieth Session of The Indian Science Congress, Bangalore. XI, A 27, p. 29.

120.  GUPTA, PRATIBHA AND A. C. SHUKLA 1993. Cyanophycean toxic algae of Ganga water of Nanamau to Bithoor. National Seminar on Conservation and Development of Aquatic Resources, Bhopal, 64.

125. GUPTA, PRATIBHA AND A. C. SHUKLA 1990. A contribution to chlorococcales of River Ganga at Nanamau. Proceedings of the Seventy Seventh Session of the Indian Science Congress, Cochin: 14.

127.  GUPTA, PRATIBHA AND A. C. SHUKLA 1989. Cyanophyceae and self- purification inter-web of Ganga water at Bithoor. National Seminar on Natural Resources Conservation and Environmental Management. Kanpur: 28.

B. New distributional records to India and region:

C. Any other novelties:

Ø Algal sample collection of Larsemann Hills, East Antarctica was schedule to be completed in two austral summer but completed in one austral summer by putting extra ordinary efforts which is much higher than fixed target in such a harsh climatic condition. Almost all the species reported for the first time from India as well as from Antarctica.

Ø It is very interesting that rare giant palm listed in RED DATA Book i.e. Lodoicea maldivica (J.E.Gmel.) Pres. only tree in India was planted in 1894 and thus now it attains its age 125 years contains 47 species of Microalgae. This is a unique type of finding reported for the first time from India where a single rare slow growing plant contains such a vast diversity of microalgae of various classes on its almost all part of the plant body from base of the trunk to tip of the tree. 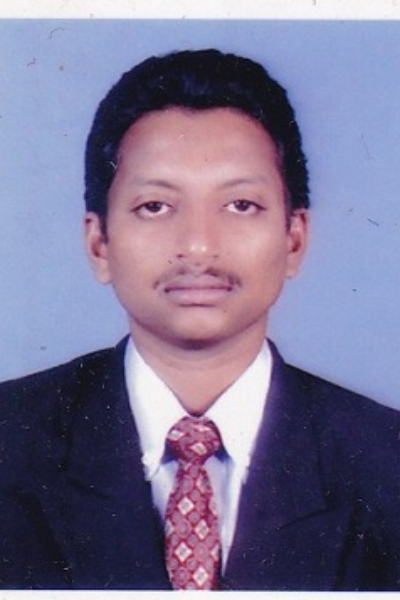 PRESENTLY WORKING ON FAMILY / TRIBE / GENUS OR FLORA OF (AREA) :

21.         K. ALTHAF AHAMED KABEER & G.V.S. MURTHY. “Shola – Grassland Complex of Nilgiris – An Overview” to the seminar on Biodiversity on Natural Sholas and its conservation in Nilgiris held on 27 & 28th March 2008 in Emerald Heights College for Women, Ooty.

B. New distributional records to India and region: 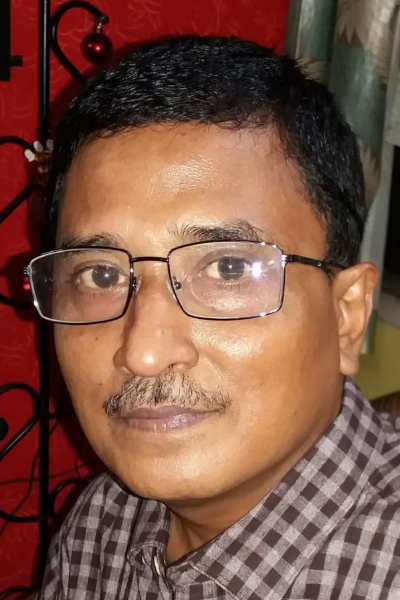 PRESENTLY WORKING ON FAMILY / TRIBE / GENUS OR FLORA OF (AREA) :

9. TAPAN SEAL 2020."Effect of boiling and microwave cooking on nutritional, anti-nutritional and toxicity of wild edible plants of North-Eastern region in India"  International Journal of Pharmacy and Pharmaceutical Sciences  12 (11):61-70.

13. SUDESHNA DATTA AND TAPAN SEAL 2020. Effect of solvent extraction in antioxidant activity and RP-HPLC based study of phenolic acids and flavonoids and Cayratia trifolia (L.) Domin. Journal of Pharmacognosy and Phytochemistry  9(6): 896-900.

34. SOUMEN BHATTACHARJEE, MANASHI ADITYA AND TAPAN SEAL 2018. RP-HPLC and GC-MS Based Identification of Phenolic Acids, Flavonoids and Hydroxyl Containing Compounds from One of the Lead Accessions of Amaranthus hypochondriacus L. Identified on the Basis of Biomarkers of Antioxidant Potential. Basic, Applied Pharmacy and Pharmacology 1(1):1-8.

48. TAPAN SEAL AND KAUSHIK CHAUDHURI 2016. Effect of solvent extraction system on the antioxidant activities of some selected wild edible plants used by the ethnic people of Arunachal Pradesh, International Journal of Current Pharmaceutical Review and Research; 7(3):180-185.

57. TAPAN SEAL 2015. Nutritional evaluation of some wild edible plants of Meghalaya State in India and their ethnobotanical importance. Journal of Chemical and Pharmaceutical Research,  7(3):2296-2301.

58. TAPAN SEAL AND KAUSHIK CHAUDHURI 2015. Effect of solvent extraction system on the antioxidant activity of some selected wild leafy vegetables of Meghalaya state in India. International Research Journal of Natural and Applied Sciences, 2(4):69-83.

59. TAPAN SEAL AND KAUSHIK CHAUDHURI 2015. Antioxidant activities of some wild edible plants of Meghalaya state in India and effect of solvent extraction system. International Journal of Pharmacy and Pharmaceutical Sciences, 7 (9):446-450.

63. TAPAN SEAL AND KAUSHIK CHAUDHURI 2015. Effect of solvent extraction system on the antioxidant activity of some selected wild leafy vegetables of Meghalaya state in India. International Journal of Pharmaceutical and Phytopharmacological Research , 5(3): 1-7.

65. TAPAN SEAL 2014.  Antioxidant activities of  some   wild   vegetables of north-eastern region in  India and effect of solvent extraction system,    International Journal of Pharmacy and Pharmaceutical Sciences   6 (5):315-19.

69. TAPAN  SEAL   KAUSHIK CHAUDHURI AND  BASUNDHARA PILLAI 2013. Effect of solvent extraction system on the antioxidant activity of  some selected wild edible fruits of Meghalaya state  in  India. Journal of Chemical and Pharmaceutical Research,   5(1):276-282.

82. TAPAN SEAL 2011. Evaluation of Antioxidant Activity of Some Wild Edible Fruits of Meghalaya State in India, International Journal of Pharmacy and Pharmaceutical Sciences , 3(4):233-236.